There is a lot of perennial talk of social engineering and direct project/resource management. Attempts to solve complicated political situations with manipulation or a slick widget tend not to work very well over time. They are not addressing the underlying issue.

The wedge of compliance or a mandate from a framework may get some base requirements moving. However, in order to get people; chief executives and influential management, towing the line for a healthy risk and security governance program, it will take something more. It takes a bidirectional respect for the people involved and bringing the conversation to them in terms that they, your audience, understands.

Fostering a climate of respect and reward of long term goals instead of a short-term win is key to the success of any real life security governance program.

I have some thoughts on how to begin. 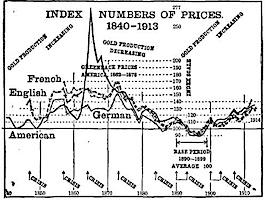 Respect the constraints of your organization:

Too often I hear other fellows in the trade using harsh words to begrudge people who do not understand risk management instead of lamenting their inability to express it in terms that they will understand. Too often problems arise in not communicating effectively and in not earning or giving respect. This failure in communication was what I read into this CSO Online article about a $10M raise in budget after a showboaty penetration report.

Ira says “grab by the balls.” I say “communicate effectively and with respect.”