My EEE PC 901 was great. The only problem was that I couldn’t stand the keyboard and so our romance ended abruptly. 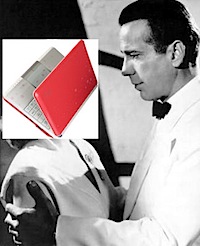 This made me sad, so it was banished to the back of my workspace. It stayed there until I realized that I was never going to love it the way it deserved to be loved, so I sold it cheap to a friend. Goodbye 901. We’ll always have Paris.

The next day, my new sweetheart, the EEE PC 1005HA arrived.

(If you want some unboxing pr0n and comparative, check out the engadget article)

Naturally due to the weird nature of my work and interests, this laptop has to be a tri-boot between Windows, Linux, and OSX.

The details on installing Windows (if you don’t like the pre-installed version) are well documented elsewhere, but there always seems to be a lot of bad advice surrounding Linux. The Linux community is a continually devolving process which is pretty ugly to watch. Things that work great get abandoned so that someone else can get their name on something new that does the same thing. Distributions (and open source projects in general) can fork and fork again until they some have a small userbase and do not have enough volunteers to support its efforts well.

This is the sad state of Linux-affairs that leaves most users confused and asking questions like “what is the best?” in areas where the clueless post links to huge lists of distributions and leave them to figure it out.

It isn’t any huge surprise that many just forget about it altogether, get a Apple product, install MacPorts/Fink and Xcode, and run their open source software. 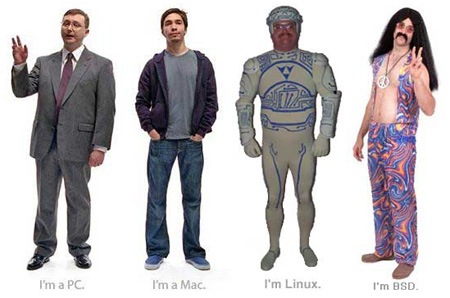 Historically, my own timeline with open source operating systems (not UNIX, remember) at work is as follows: 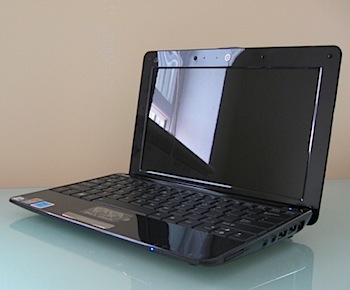 Also a winning keyboard this time. 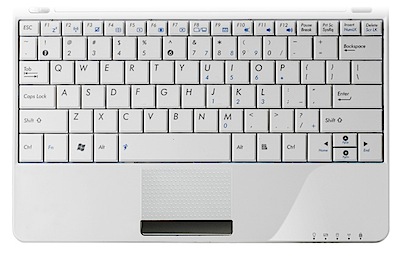 Wimax + Netbook = Awesome and portable. Perfect for taking notes, a quick update to something, and social networks or email.

As I went into at length before, the array.org kernel and system-specific tweaking work was some of the best. Thankfully, it is still alive and absorbed into a more polished effort: Eeebuntu.