I haven’t publicly or completely told the story of my particular flavor of urban nomadism (the first definition). I’ll get around to it eventually, but motorcycles are a decent run-up for the later main event. 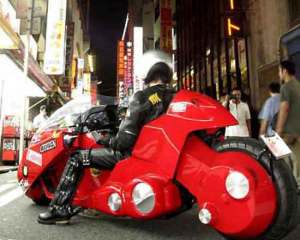 Remember that feeling you had when you first realized that no one was holding the back of your bike? That moment of of leap between learning to ride a bike and knowing how to ride a bike? That exciting feeling of not-quite-in-control, but under control? That’s what it feels like for me every day on my motorcycles.

What I will say is that I do not miss my car much at all. Check out all the money that I keep in my pocket in a down economy and other perks:

I put less than $10 in gas into my bike every two or three weeks.  I save 15 minutes and park anywhere when I go somewhere.  The park-anywhere bit alone is a huge advantage.

Of course, there is the downside.  Driving is one of the most risky activities that people in the world participate.  Plenty of people die driving their motorcycles.  This being said, there is a rather large variance of contributing factors that mitigate this risk. 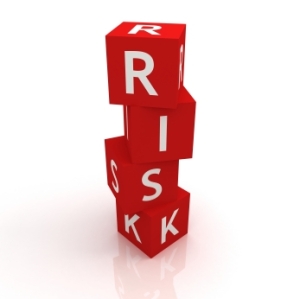 So why does a risk manager like myself ride motorcycles nearly exclusively?  I’ll tell you.

Like anything, this is gauging the risks, assessing risk tolerance, mitigating risk to a level within these tolerances, and accepting or declining the result.

I am well trained with bikes and motorcycles. I rode and won trophies competing in BMX as a lad. I rode mountain bikes throughout my high school and college years.  I nearly bought a Ducati instead of my first car, but in Minnesota with its winters, I had to admit that this was too impractical.

Point one: A wealth of experience in piloting two-wheeled vehicles.

When I lived in Arizona, I took a three day intensive training and safety course.  To this day, I am still amazed that many motorcycle riders do not take a course such as this.  These classes instill skills for the “oh @#@##$!!!!” moments that inevitability happen when traveling at speeds with cars and the knowledge of what to be aware of when navigating down the road. 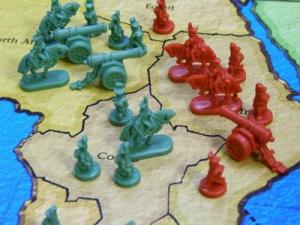 Here in Seattle, I estimate that I have about 350 riding days a year.  I have invested in space age top-of-the-line safety clothing, retain good health insurance, and have invested in top flight motorcycle gear.  Antilock breaks and anti-swerve technology for these wet roads was a requirement in my purchase considerations.

Taking all of this into account, there is one further consideration.  The me factor.  I fancy myself rather good at riding a cycle.  I take it seriously as I fully understand the risks and consequences for not treating the activity with respect. The risks of complacency in this activity can very well be fatal. In my opinion, a sense of paranoia and belief that all of the other cars on the road are actively attempting to kill you is the correct mindset when driving a motorcycle.

I don’t think that riding a motorcycle is for everyone.  It is a risk management decision that prospective riders should make for themselves after considering themselves, their ability to afford high quality gear, and the environment that they will be immersed.

I would not ride a motorcycle on a daily basis in southeast Asia.  I wouldn’t ride a motorcycle after dark in the Phoenix area. I feel comfortable riding at nearly all times in Seattle because of the nature of Seattle drivers and the temperate climate (compared to that of my native Minnesota and other weather extremes that I have experienced).

At the end of the day, I love the feeling of riding a motorcycle and my risk tolerance is such that I accept a calculated risk to my life and limb.

This specific to-me example can also serve, albeit an abstraction, of a simplistic approach to risk management in other matters.

One response to “Motorcycles”